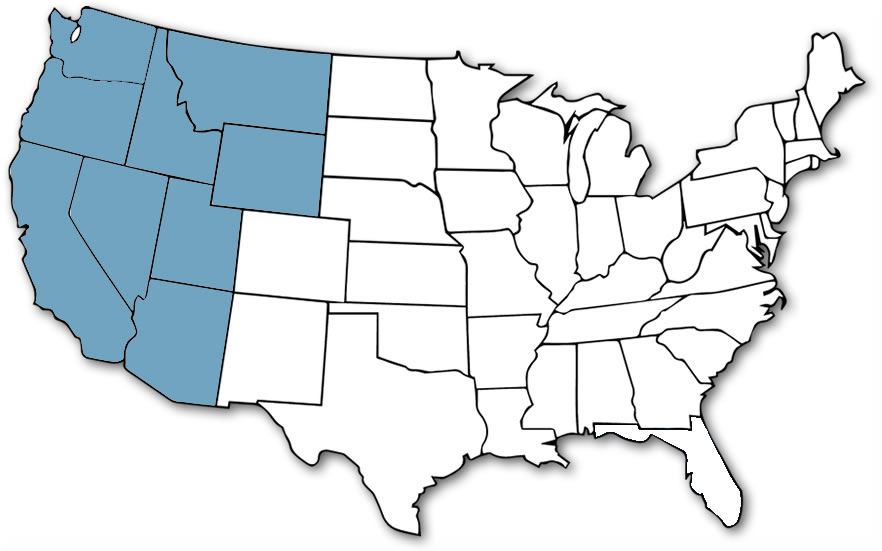 Smith Western Regional Center is a member of the family of EB5 Coast To Coast LLC regional centers.

Smith Western Regional Center (SWRC) focuses on creating opportunities for EB-5 immigrant investors so they may obtain green cards by investing in job-creating real estate investments in the states of Arizona, California, Idaho, Montana, Nevada, Oregon, Utah, Washington, and Wyoming. SWRC specializes in the development, construction and operations of residential and mixed-use projects, a safe and reliable investment vehicle.

SWRC's principals have decades of experience in the real estate industry. SWRC's mission is to facilitate each investor's goal of investing in a sound business venture that will create positive financial returns as well as jobs for the local economy.

Smith Western Regional Center recently completed the Stazione:25, a 301-unit multifamily apartment building located next to the Mount Baker Transit & Light Rail Station that transports residents within minutes to many downtown Seattle locations such as sports stadiums (Safeco Field and Lumen Field), surrounding neighborhoods, University of Washington campus, and the University of Washington Medical Center plus many other key destinations in Seattle, including Seattle-Tacoma International Airport (Sea-Tac). By 2023 the light rail system will reach downtown Bellevue (east of Seattle) and the Microsoft campus. Riders can reach downtown Seattle in 12 minutes or the airport in about 30 minutes. For more information please visit www.stazione25.com

THE SAVOY AT LAKE CITY

Smith Western Regional Center recently completed the Savoy at Lake City Apartments in Seattle WA, an 80-unit apartment project that completed construction in 2017. EB-5 equity was raised combined with a loan from the US Department of Housing and Urban Development (HUD) to pay for the construction of the project. The project serves seniors age 55+ who wish to live in a community amongst peers, with many different amenity areas (dining room, fitness room, computer room, rooftop deck with fire pit, pet relief area, private miniature gardens, multi-use room) and activities to serve the residents. For more information please visit www.thesavoylakecity.com

THE WAVE AT STADIUM PLACE 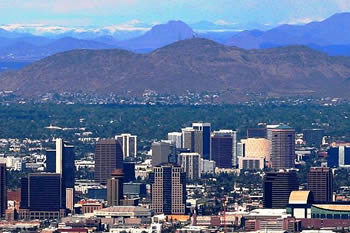 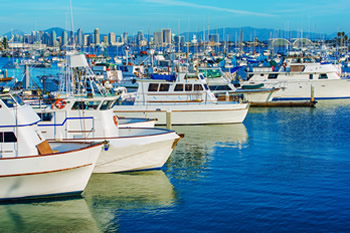 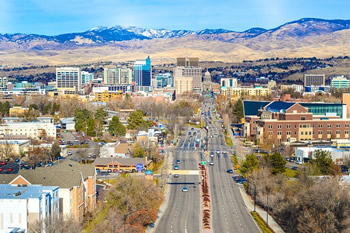 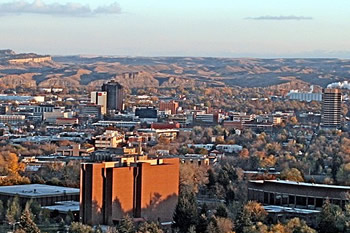 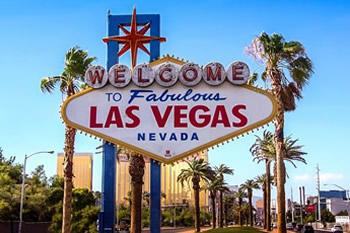 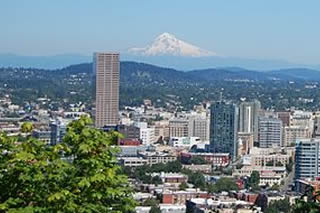 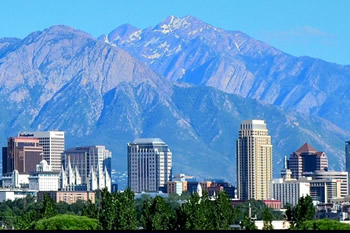 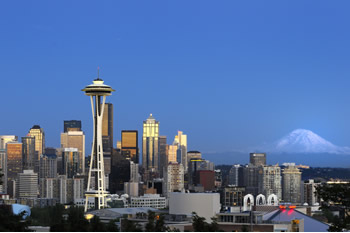 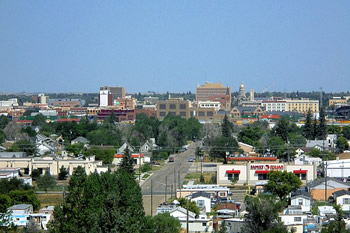 The construction market is prospering in California in multiple sectors. The technology boom in Silicon Valley is driving private developers to construct office buildings for companies like Facebook and Apple, which in turn create jobs, which drives residential and infrastructure. Oregon is witnessing unprecedented growth and construction is the state's fastest-growing sector, expanding by nearly 10 percent in 2018. Seattle, the largest city in Washington state is now the fastest-growing city in the United States. Washington is home to Microsoft, Amazon and Google, and has been ranked in the top 4 for growth among major cities. Arizona and Nevada are among the states with the nation’s highest growth percentage of construction jobs. Large-scale economic development projects in key industries has earned Arizona top recognition from two prominent trade publications. An increase of construction employment in Nevada is second only to manufacturing, year-over-year. Idaho is in the top ten for construction growth. New homes and businesses are popping up all around, and it seems this trend isn’t changing anytime soon. January 2019 alone saw an 8.7 percent increase in construction jobs. In Montana, the economic forecast continues to fare well despite economic uncertainty. But 2018 revealed Montana had a strong year of growth in 2018, and the economy is seeing growth in health care and construction. Wyoming is bouncing back from the economic downturn in 2015 and 2016. February 2019 showed an increase of jobs, many of which were in construction. The growth is coming where pipeline construction is occurring and in counties with wind farm construction. Utah experienced economic growth at the nation’s fourth fastest rate during the first quarter of 2019. Construction companies have experienced a record year with explosive growth in building for tech companies, and warehouse and industrial buildings.

California, Oregon, and Washington are situated against a backdrop of dramatic mountain ranges, thick forests, abundance of lakes, and glittering Pacific Ocean. The Pacific West region has a population of over 46 million people with approximately 75 percent of them located in California - the second largest land mass and the most populated in the United States. California, Oregon and Washington have ethnic diversity, an eclectic lifestyle, and is known for its fresh seafood, wineries, breweries, and music and arts scenes. The climate varies from hot and dry in the southern parts of California, growing milder and more damp heading north and into Oregon and Washington.

The Arizona and Nevada region are one of the largest and most diverse regions in the United States. The terrain is more diverse than any other region in the United States. Its physical geography ranges from some of the highest mountain peaks in the continental United States, to the dry Mojave Desert, and mountain valleys of the Sierra Nevada. The Mountain West states contain all the major deserts found in North America. Arizona and Southern Nevada have similar climates with desert to semi-arid weather and low humidity that appeals to active adults and retirees.

Idaho is voted #12 best place to live. The state isn't just attracting people because of opportunity, but also lifestyle. Idaho is literally covered from north to south by the Rocky Mountains, with an abundance of outdoor activities; mountain biking, horseback riding, hiking, fishing, whitewater rafting and skiing. Idaho leads the nation in entrepreneurship, with a rate of business startups that outpace anywhere else, and a diversity of talented workforce in manufacturing, high tech, agribusiness, startup and international brands.

Montana land runs from the Rocky Mountains and the Continental Divide in the western part of the state to rolling plains in the eastern part of the state. Two-thirds of Montana is in the Great Plains. The state's beautiful landscape includes forests, prairies, highlands, and valleys. Tourists visit Montana to experience the American frontier - the mountains, battlefields (like Custer Battlefield National Monument), and old gold camps. From open air music festivals to farmers’ markets and fireworks, there is always an event to experience. Montana is building affordable and vibrant communities where people want to live. Strengthening communities is at the core of Montana’s economic challenge and opportunity.

Wyoming is a natural wonderland, filled with wide open spaces, stunning views, and soaring, snow-capped mountains covering the western two-thirds of the state, while the eastern third is high elevations prairie called the High Plain. Wyoming is one of the best places to experience America’s natural wonders – it has 12 state parks, five national forests, four wildlife refuges, and two national parks (Grand Teton and Yellowstone). Wyoming is home to many small cities, but the cost of living in them is often well below the national average. In 2015, Wyoming ranked at number five in the Gallup-Healthways Well-Being Index, meaning that it was one of the top states in the country with regards to the physical health, sense of community, financial health, and social wellbeing of its residents.

Utah is attracting many new residents who are drawn to its landscape, economy, high quality of life, low crime and beautiful landscape. Utah is more affordable than neighboring state Colorado but offers similar climate and access to stunning mountains. Western Utah is mostly arid desert with a basin and range topography. Small mountain ranges and rugged terrain punctuate the landscape. However, Salt Lake City has a semi-arid, temperate climate with four distinct seasons. Winter sports, especially skiing and snowboarding, are huge. Utah has a low unemployment rate and robust job market. The economy is diversified, encompassing mining, tourism, finance, agriculture, petroleum and more. That’s part of why the state’s job market is so robust.