Our principals have decades of experience in the real estate industry, and our mission is to facilitate each investor's goal of investing in a sound business venture that will create positive financial returns as well as jobs for the local economy. Investors can relax knowing that their money is safely invested, and their green card application is on solid footing with USCIS. 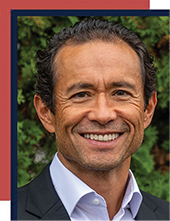 Steve Smith is the President of EB5 Coast To Coast LLC, and the owner of Steve Smith Development LLC, with a 30+ year track record of commercial real estate projects spread throughout the Seattle and Puget Sound region.

Mr. Smith’s success is due to his careful analysis of each step in the development process—from market research and site selection to design, construction, marketing and customer service. Through the years, he has delivered high-quality apartment, condominium and mixed-use projects that have commanded premium pricing. In 2005 he entered the senior apartments market by teaming up with SHAG (the Senior Housing Assistance Group) to build the 206-unit Cedar Park apartments in Seattle’s Lake City neighborhood, and continues to build other senior apartment projects with SHAG. In the aggregate, his portfolio includes the development and/or construction of more than 4,000 residential units valued in excess of $1 billion.

Mr. Smith earned a Bachelor of Art’s Degree from the Henry M. Jackson School of International Studies at the University of Washington.

More information can be seen at www.stevesmithdev.com 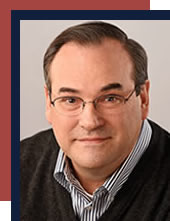 Mr. Raabe has been directly involved with the development of over 5,000 multi-family units in the Puget Sound area since 1989. Beginning in 1989, he was the CFO of Polygon Northwest Company, a single-family and multi-family developer. Polygon Northwest was subsequently sold to William Lyon Companies for $500M. From 1991-2003, he was President of The Fortune Group, where he worked with Steve Smith, which was the most prolific developer of multi-family housing in Seattle at the time. Since 2003, he has been a consultant and investor in numerous multi-family developments in the greater Seattle area. He has been a Certified Public Accountant since 1980. 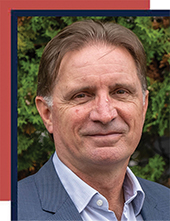 Mr. O’Connor is a versatile leader with operational and global financial experience in organizations ranging from $20m to $3b+, leading 80+ staff with complex P&L structures. He is a creative and inclusive problem solver with demonstrated ability to develop revenue and expense strategies, translate strategies into action plans and effect execution cross-functionality to turn around a business or accelerate its growth. Mr. O’Connor is adept at organizing, recruiting, retaining, inspiring and motivating large and diverse teams. He drives data aided decisions and leads change required for optimizing shareholder value. 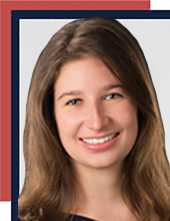 Kathleen Harrison graduated from Emory Law School in 2015. She worked in private practice for over six years serving clients in the EB-5 industry. She has significant experience advising regional centers, EB-5 issuers, and developers seeking EB-5 capital to finance projects. 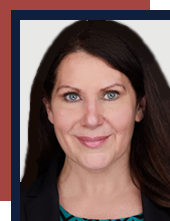 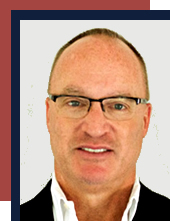 Mr. Dreyer has 29 years of experience in U.S. commercial real estate finance and currently serves as manager of CN Capital, LLC, and is a Principal of EB-5 Coast to Coast. CN Capital, LLC is a U.S.-based real estate advisory firm that works with real estate developers seeking capital for large scale commercial developments across the U.S. Previously, Mr. Dreyer served as Managing Director with FBR Capital Markets (“FBR”), an institutional research, brokerage and investment-banking firm. Mr. Dreyer was a co-founder of FBR’s real estate investment-banking group in 1994 and was involved in over $2 billion in real estate transactions before his departure in 1999. Mr. Dreyer returned to FBR in late 2006, again as a Managing Director. From 1999 through 2006, Mr. Dreyer founded and managed Trilogy Capital, a $100 million U.S.-based hedge fund with a focus on real estate related securities. Mr. Dreyer began his career as a financial analyst with LaSalle Partners, now Jones Lang LaSalle in 1988. Mr. Dreyer Graduated from the Edwin L. Cox School of Business at Southern Methodist University in 1988. 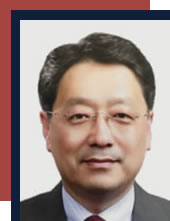 Mr. Ghim has 37 years of banking, business consulting and entrepreneurship; VP of First Interstate Bank Seoul Branch; Manager of North Asia region for National Commercial Bank of Saudi Arabia; Manager of Asia Pacific and Australasia regions for Riyad Bank in Singapore, and CEO and board member for a Seattle-based Asian American Community bank.

His personal experience of immigrating from Korea to Brazil, Singapore, USA and in-depth understanding of the social fabrics of overseas Korean communities make him uniquely qualified to serve as a consult with EB-5 applicants seeking advice in settling into their newly adopted homes in foreign lands. BA in economics from University of California, Santa Barbara, CA, MBA in international finance from University of California, Irvine, CA.